Warning: "continue" targeting switch is equivalent to "break". Did you mean to use "continue 2"? in /webroot/u/t/utahf001/freedomsvoice.net/www/wp-includes/pomo/plural-forms.php on line 210

Warning: "continue" targeting switch is equivalent to "break". Did you mean to use "continue 2"? in /webroot/u/t/utahf001/freedomsvoice.net/www/wp-content/plugins/revslider/includes/output.class.php on line 3689
 Steven Stromness – Freedom’s Voice 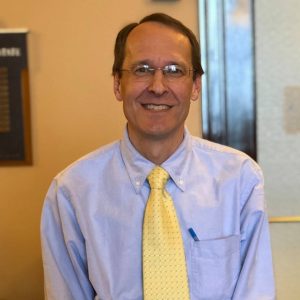 Position on The Issues:  (Unable To Get On Call With Him, limited information)

Generally speaking, any appropriation bill or proposal to raise the debt ceiling that lacks sufficient spending cuts to put us on the road to a balanced budget in a reasonable period of time (2-7 years) should be voted against. See convention resolution and accompanying fact-sheet. The current road of our national government is a road to fiscal disaster.

The longer we wait to get our fiscal house in order, the greater is our danger of national insolvency, and the chaos that must accompany such insolvency.

We should work toward a budgeting process that keeps the government open without subjecting us to extortion by factions wanting more spending. Congress should spend on things that are affordable and supported by a majority of House and Senate. We should not continue the psychology of “It requires a majority of the House and 60% of the Senate to agree NOT to tax and borrow for this, that, and the other spending proposal.”

The Utah Legislature’s practice is to pass a “Base Budget” early on so there is no shutdown threat, then to work out numerous details throughout the session. I would propose that Congress pass a “Base Budget” every fiscal year, largely based on the last year’s budget. Ideally, it would be a balanced budget, or with sufficient across-the-board cuts to put us on the road to a balanced budget in a reasonable time-frame (2-7 years). Later refinement of the Base Budget could then be done with much-reduced threat of extortion and shutdown threats.

See my thoughts on Federalism, Limitations on National Authority. My guess is that, if Congress and the Supreme Court had taken the enumerated powers more seriously (see US Constitution, Article I, Section 8), our nation’s finances would not be so out-of-control.