Warning: "continue" targeting switch is equivalent to "break". Did you mean to use "continue 2"? in /webroot/u/t/utahf001/freedomsvoice.net/www/wp-includes/pomo/plural-forms.php on line 210

Warning: "continue" targeting switch is equivalent to "break". Did you mean to use "continue 2"? in /webroot/u/t/utahf001/freedomsvoice.net/www/wp-content/plugins/revslider/includes/output.class.php on line 3689
 Henry Kneitz III – Freedom’s Voice 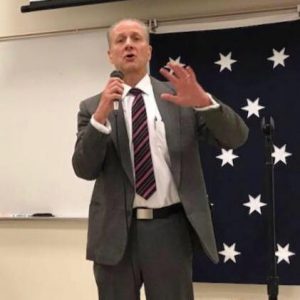 Position on The Issues

At the age of about 14 while in Jr High School and while the teacher was away all of the students got up from their seats as they will.  They began talking, joking around and relaxing.  A student began to ask others, I’m a democrat what are you?  The common responses; my parents are democrats so I’m a democrat.  (I was after all in Cook County, Illinois).  My friends are democrats so I’m a Democrat.  When I was asked, I thought, ‘this is crazy’.  These kids all consider themselves democrats because their parents and friends are democrats?  I then responded; I’m a Republican.  Then began my greater education and understanding of the differences.

Below I will share my lifelong convictions for a further understanding as to why I have remained a conservative;

Faith in God. Support for the government supporting and protecting the freedoms of and responsibility to and of the governed.  The government is not God and will never be God.  The people, endowed with freedom and faith are the best purveyor of government.

People have the right to property which they have invested in.  They have the right to use that property and keep it.  In a sense I would apply some of the wording of the 2nd amendment.  “The rights of the people to keep and bear property shall not be infringed.

Public service is a trust.  We are hired for a time and must stay true to the principals of our calling.  Confession and repentance must be part of our life and life’s work.  Power corrupts.

A key goal of the Federal Government is protection of these United States.  We have placed burdens on the Federal Government which were not the original intent and many of those burdens are not constitutional.  We are also to maintain our sovereignty in every way and not subjugate ourselves or our powers, to another country.

In this country too often victims continue to pay a price for being victims.  Our legal system has gone further to protect and be lenient on victimizers.

I have faith and belief and I respect those who do not, or have faith different from my own.  I do reject the persecution and oppression of those with different views from one’s own.

Without families we descend into chaos.  The family is the cornerstone of society.  We have the right and responsibility to raise and educate our children and to teach them to be responsible members of society.

From the beginning of the debate about abortion in the 70s I instinctively knew it was wrong.  The life within the womb of a woman was in fact human life and needs to be held as precious and in need of protection.  I believe life comes from God and only God has the right to take life.

The best and most responsible way to help others is through local and state support.  Not a controlling, demanding bureaucracy which is barely accountable to those it serves and spends as much time and money on itself as it spends helping those in need.  The ultimate goal should be to “helping people learn feed and support themselves” not to “give them what they need” in hopes they will come back and give you power over them.

Education in our history and in the history of those who worked for and benefitted this great country and in fact the world need to be taught in schools so that they might be a positive example to all of us.

I am opposed to anyone, including myself having more, better, special or superior rights over anyone else.  We are all equal and no one is “more equal” than someone else.

We as a people are over taxed.  While public services are important and need to be funded our taxation system is being abused.  The same income is taxed multiple times and to excess.  Our federal government attempts to control behavior through taxes as well.  Is that their job?  I have heard it many times, “How are you going to pay for that tax cut?”  Have they ever asked, “How are the citizens going to pay for that tax increase?”

The states and local governments are most easily held accountable.  The Federal Government over steps it’s bounds when it attempts to usurp the powers and responsibility of the local and state governments.

We need to have a support structure for people which leads them to independence.  Right now in too many cases we simply create dependency on government.

We need to count as precious our natural resources in Utah.  We need to protect them.  We only need the government to consult with us not control us as we use, preserve and grow our natural resources.  Having been of age when the EPA was established I and many others saw the need.  Our land in some places was being used as dumping grounds.  Great positive strides have been made since then.  However along the way “government creep” has taken place.  Those agencies have pursued power and growth.  Often when agencies find success they then look for other ways to maintain and grow their power at the expense of others.  This must be stopped and rolled back.

I have gone through the Jury selection process dozens of times and served on a few Jury’s.  I will continue, I am a loyal US Citizen and consider my responsibilities seriously.

Somewhere in my long ago past ancestors came here and started families which resulted in the man here today.  The laws have changed many times since then and whatever those laws are, need to be adhered to.  When people are allowed to break laws several things happen for example;

I have heard many arguments over the past 40+ years.   I could go on but let me just say that our immigration policies should take into consideration the policies of the counties from which the immigrants come.

We need our rights and the rights of the state of Utah returned to us.

The Greatness of our country