Warning: "continue" targeting switch is equivalent to "break". Did you mean to use "continue 2"? in /webroot/u/t/utahf001/freedomsvoice.net/www/wp-content/plugins/revslider/includes/output.class.php on line 3689
 Dr Mike Kennedy – Freedom’s Voice 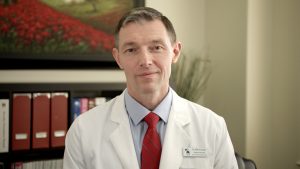 I enjoyed being on Fox & Friends this morning! Thank you to everyone who tuned in. I look forward to bringing Utah values to Washington! It's time to clean up! #KennedyForUtah

“Going to do the right thing for our families and children, not for leadership roles.”

Mike Kennedy for US Senate – Cut the Nonsense

It's an endless game of insults and tug-o-war in Washington, and this election is too important to send another establishment insider to be a part of the broken system. It's time we sent a fresh perspective to end the power struggle and finally work with others to find solutions. As a family doctor, an attorney, and a Utah Republican State Legislator, I'm ready to cut spending, cut bureaucracy, and just flat out cut the nonsense in Washington. It's time regular people like us had a voice again. Like and share this video if you're tired of business as usual in Washington. #KennedyForUtah

Video from a Mike Kennedy event in Provo. Purely question and answer. Great conversation. You might need to turn up the volume.I apologize for my random recording of the curly haired individual on the right. He is one of Romney's hired "thugs". His entire job is to try to catch Kennedy in a gaffe. No luck so far 🙂 #kennedyforutah

Saratoga Springs Mike Kennedy Event. My phone overheated and so some of this is choppy, but you still get some genuine Mike moments in there.

Position on The Issues:  (Unable to do interview, answers from Town Halls and Calls)

Mike Kennedy is a firm believer in the Constitution of the United States and will always stand for our rights. Like most Americans, Mike knows guns don’t aim themselves or pull their own triggers.

Instead of sitting back and allowing the government to infringe on our Second Amendment rights, Mike organized the Utah School Safety Commission to develop real, actionable ideas to keep our children safe in school, while also protecting our freedoms.

Mike’s experience as a doctor, lawyer, and Utah State Legislator uniquely prepares him to tackle the egregious problems with Obamacare. He routinely fought as a legislator to prevent Obamacare’s implementation in Utah. Mike understands that when we politicize health care, we get whatever the government wants to give to us. As the government continues to expand its reach into our health care system, our citizens will have reduced options in which doctor they want to see and what medicines they can take.

Mike will work hard to put the patient back in the driver’s seat for the kind of health care they get. More transparency on the costs of prescriptions, doctor’s care, and hospital services will allow patients greater ability to control their costs. Investing in Health Savings Accounts will return market forces to a patient-doctor relationship, keeping costs down and maintaining quality. Also, a focus on preventative health care will save lives and prevent expensive illnesses from ever happening.

Mike is committed to working with the president to pass real reforms to fix our broken immigration system, secure our borders, keep our country safe, and honor our commitments to the American people. Mike is a first generation American on his father’s side and believes legal immigration is the lifeblood of our country.

Mike learned early on that if he didn’t control money, it would control him. One of the biggest threats to our country’s future is the ticking time bomb of debt. Mike will fight to rein in government spending.

Mike is committed to rolling back the disastrous Obama-era regulations like Obamacare, Dodd-Frank, and the War on Coal. Doing this will instantly jump-start small business growth and revitalize manufacturing, which in turn will produce more jobs.

The results from the straw poll taken after the debate last night. Romney for Utah didn't show up, but his name was…